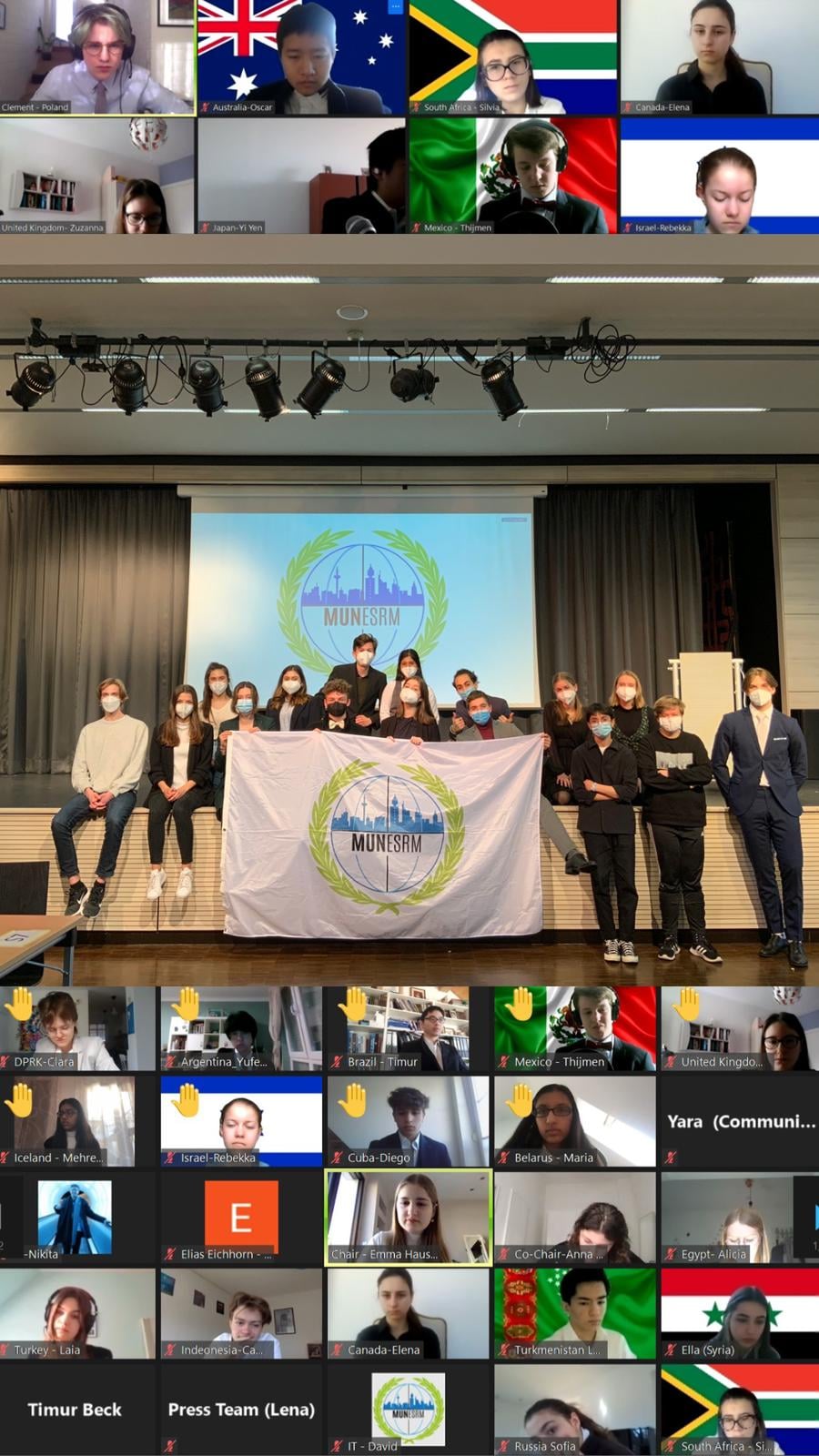 ESRM's annual Model United Nations conference took place a bit differently this year. After months of planning, the student-led MUN executive team held the conference online over Zoom in order to adhere to the hygiene rules. However, that did not stop MUNESRM from being a fun, informative weekend. Mr Zijlstra officically opened the online conference, which ran from 5th-7th March. Sixty students from over 5 different schools around the world joined the online event and discussed topics such as freedom of speech on social media and how to preserve the right to privacy in the digital age. In addition to the main conference, the students also ran a digital social event meaning that students could make meaningful bonds whilst being 1000s of kilometres away. Let’s hope that next year’s conference will be held in person! A huge congratulations to the entire student team for running such a successful event.